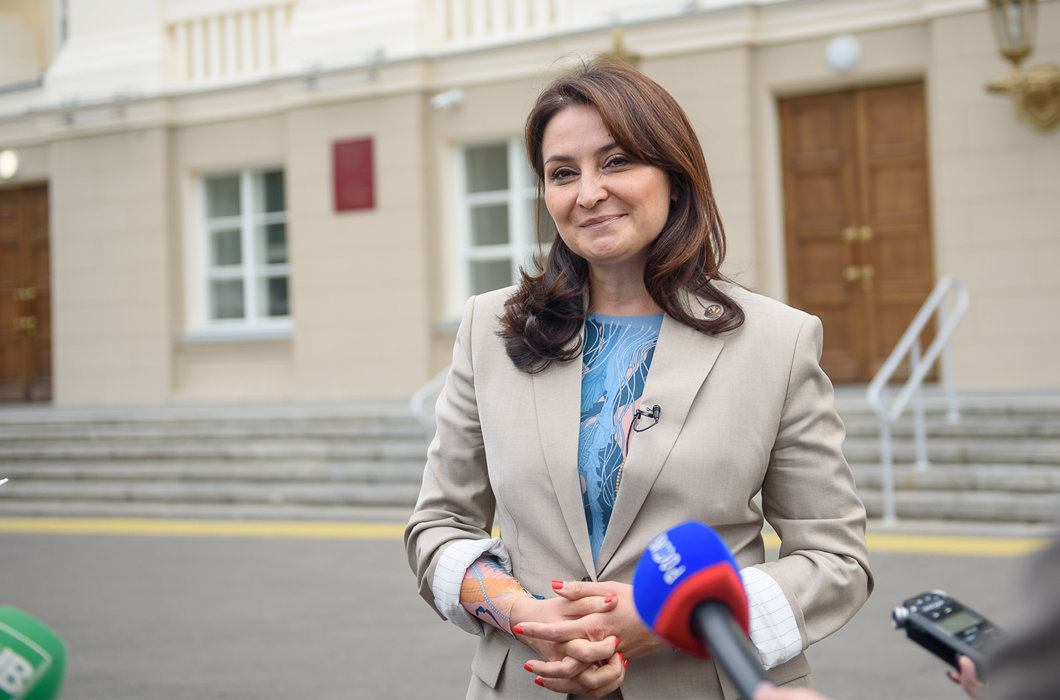 Today, an open rehearsal of the WorldSkills Kazan 2019 Opening Ceremony took place, where Deputy Prime Minister of the Republic of Tatarstan and Leader of the Task Group for the WorldSkills Kazan 2019 Opening and Closing Ceremonies and Cultural Programme Leila Fazleeva and the Ceremonies’ chief choreographer Zhanna Shmakova told about the preparation process and revealed some of the details about the show.

According to Leila Fazleeva, extensive preparations for the Opening and Closing Ceremonies of the 45th WorldSkills Competition have been well under way with many professionals involved: choreographers, lighting designers, artists, costume designers, artistic groups of Kazan and Tatarstan, and many others.

“The Opening Ceremony of the WorldSkills Kazan 2019 will be an important event not only in the history of Russia but also in the history of all world Competitions,” Leila Fazleeva said. “The Ceremony itself is an interactive show with several episodes depicting the growth of a man as a professional. The show will feature advanced technologies developed by both federal and Tatarstan’s specialists. We participate in elaborating the options suggested by the director of the Ceremonies. I am not telling you all the details, but I can say for sure that it will be an interactive show getting the spectators involved in it.”

The Opening and Closing Ceremonies of the 45th WorldSkills Competition will be held at the Kazan Arena Stadium, which had hosted the 2013 Summer Universiade Opening and Closing Ceremonies. By the way, those were also delivered by the team of the Igor Krutoy Production Centre (founded by the famous Russian Honoured Arts Worker Igor Krutoy). The director of the Opening Ceremony is the well-known creator of major events Aleksey Sechenov, member of the Russian Television Academy and Honourable Member of the Russian Academy of Arts.

Apart from that, artistic groups from Tatarstan and star singers and bands will participate in the Opening Ceremony, namely, Yolka, Alexander Panayotov, Yan Ge, indie band Therr Maitz, and others.

“During the Closing Ceremony, in addition to the final show and award ceremony, the WorldSkills Flag will be passed to the next host of the Competition, well, in our case, Shanghai, China,” Leila Fazleeva told.

The chief choreographer of the WorldSkills Kazan 2019 Opening and Closing Ceremonies Zhanna Shmakova shared that the Opening Ceremony named “The pulse” dwells upon the stages of becoming a professional. “The show tells about people mastering a craft and aspiring to find their place in life and answer the fundamental question “What does it mean to be a professional?” It is an attempt to figure out how to find one’s calling, develop talents, get skills, and go from an apprentice to a master who passes the knowledge to others. It is such a big philosophical study,” she added.

The visit of Sophia, the only robot on the planet that has been granted citizenship and passport, will be a special surprise for the spectators. “Sophia will be part of the show, but what will exactly be happening on the stage is a secret. I invite you to the Opening Ceremony so you can see everything for yourself,” Zhanna Shmakova told.

“At the moment, we are rehearsing the Opening Ceremony’s intro, the competitions’ presentation, with the guys. We are going to tell what WorldSkills is in the language of dance. About 300 most professional dancers from Kazan and the Republic of Tatarstan will be engaged in the Opening and Closing Ceremonies,” the lead choreographer summed up. 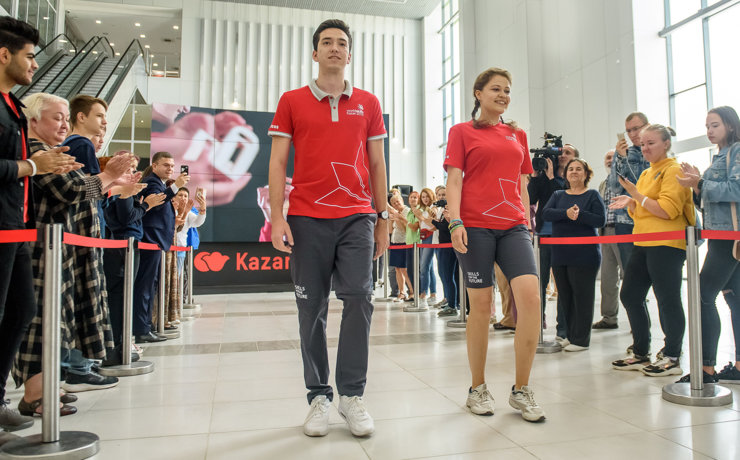