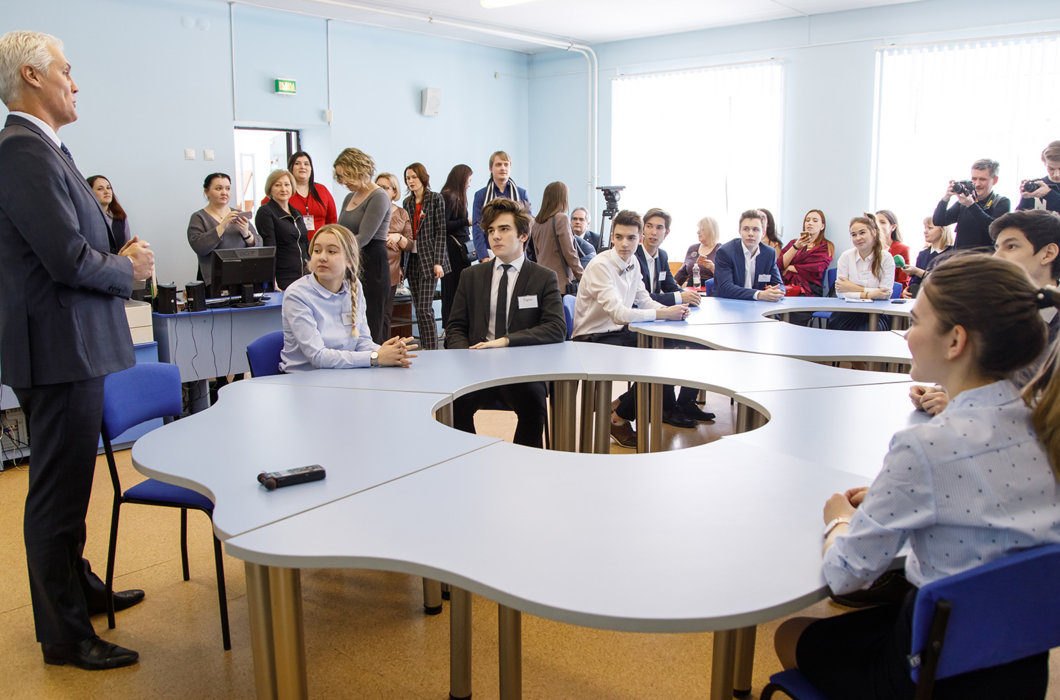 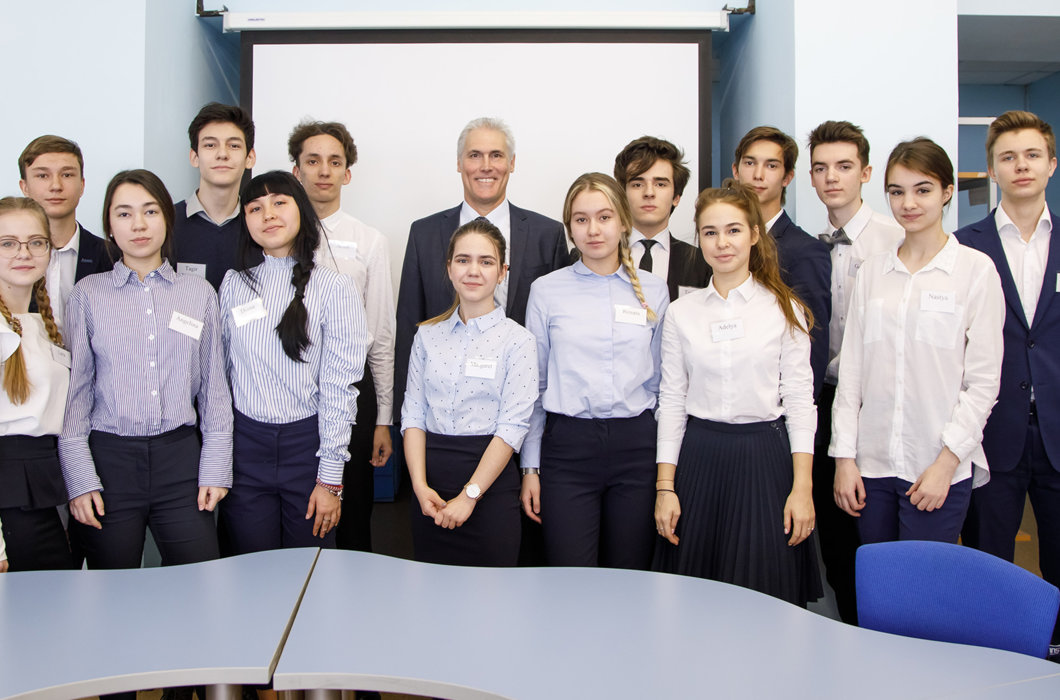 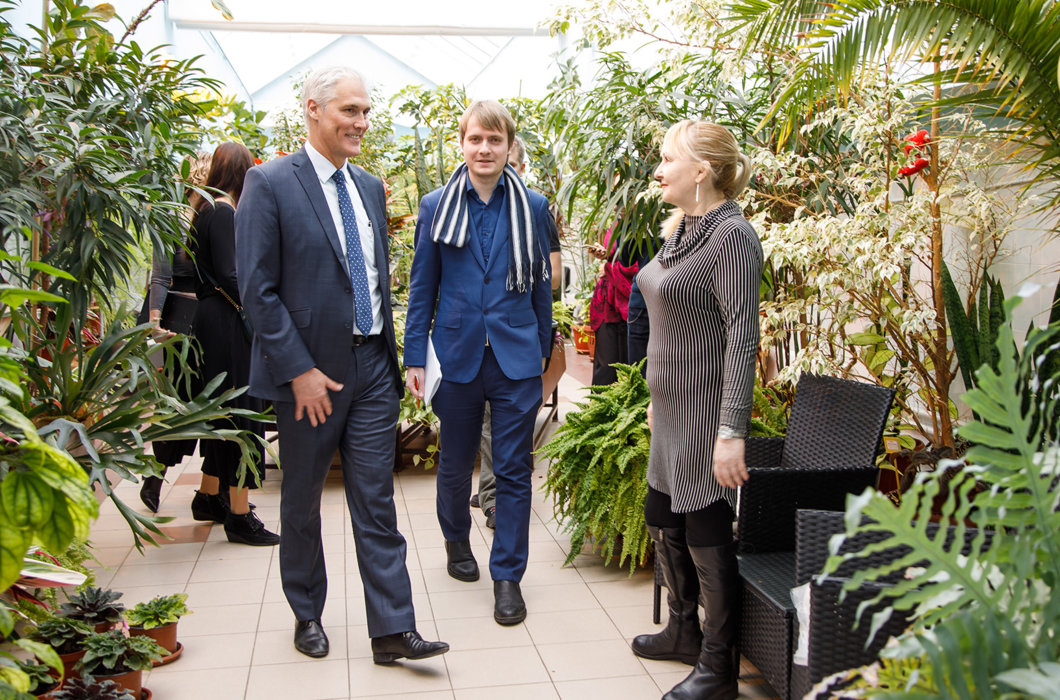 “The purpose of this visit is to see how children are brought up in terms of vocational guidance and the opportunity to choose a career. Only 4-5 months are left before the Competition, we are very pleased with the process of preparation”, said David Hoey.

During the school tour, the WSI Chief Executive Officer got acquainted with the infrastructure. The guest was shown the handicraft classrooms, TV studio, Museum of the Great Patriotic War, greenhouse, swimming pool, sports hall and assembly hall. David Hoey was impressed having visited school and having interacted with students.

“Most parents around the world want their children to enter the university after graduating from school and become lawyers or doctors. We try to show young people that skills are very important and make it possible to count on a favorable remuneration. Students conclude that skills really change our lives when they get the idea that everything around us is created by the hands of people. And participation in the Competition, even as spectators, opens their eyes to new opportunities. After the WorldSkills Competition, in whatever country it is held, there is a significant increase in the number of young people who choose Skills. And this, in turn, has a positive effect on the economy”, admitted the WSI Chief Executive Officer.

Since 15 March 2019, the WorldSkills Lesson Project has been implemented in all schools of the Republic of Tatarstan. The goal of the project is to popularize skills in the youth environment, and to involve young people in the Competition.

It should be noted that in April-May 2018, test lessons were conducted in several educational institutions of Tatarstan and engaged the representatives of the national team of the Republic of Tatarstan, who organized workshops on certain skills of the Competition.

On 25 January 2019, were arranged in 57 schools of the Republic of Tatarstan as part of the launch of the “One School - One Country” educational programme aimed at improving the prestige of skills and developing the vocational guidance WorldSkills lessons. 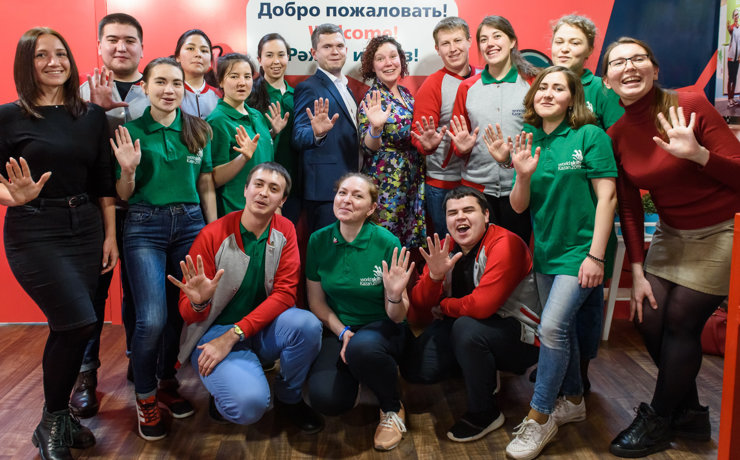