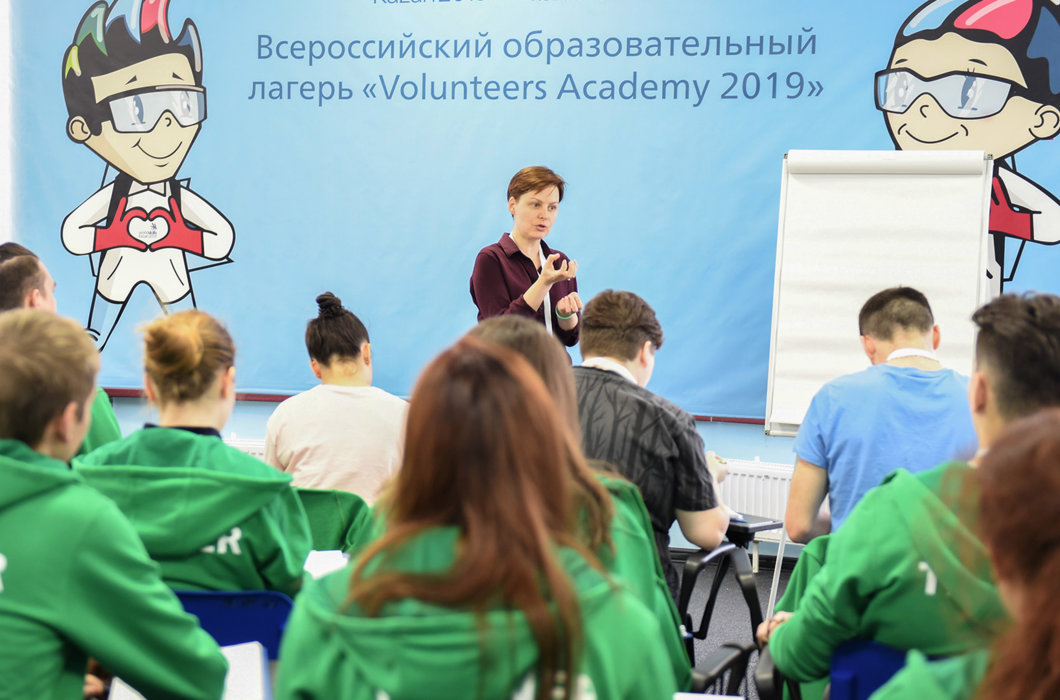 The All-Russian Educational Academy for WorldSkills Kazan 2019 volunteer programme trainers continues its work. The main task of the camp organizers is to prepare a pool of trainers for volunteers selected for the WorldSkills Competition Team. On 17-23 March, 30 representatives of volunteer recruiting centers from the regions of the Russian Federation and 50 volunteer movement leaders from Tatarstan are involved in the project.

Classes for future youth trainers are conducted by Anna Feldman, Programme Director of the camp. “We have been working here to ensure that our trainers could be those people who in a short period of time will help children understand the significance of volunteering, the value ​​of volunteers. We develop key coaching competencies so that children can successfully plan, conduct and evaluate events. Recently, we have focused on the personality of the trainer, his value system. Today, we tend to talk about what they are going to be in charge of, what activities they are supposed to organize. After all, they must create a favorable environment for developing volunteer skills”, said Anna Fedman.

The camp participants who successfully complete the practical stages of the programme receive a certificate of a trainer responsible for the WorldSkills Kazan 2019 volunteer educational programme. In April, they will start the implementation of the training part of the WorldSkills Competition Volunteer Preparation in Kazan and Russian regions.

It should be noted that this educational camp is the third event as part of the WorldSkills Kazan 2019 Volunteer Programme. The first camp was arranged in 2017 and was the final stage of an open all-Russian competition for the right to become the WorldSkills Kazan 2019 volunteer recruiting centre. According to the results, 15 non-commercial partners were selected in 8 federal districts of the Russian Federation. In October 2018, the second Volunteers’ Academy was organized. The key topic of the event was the selection of candidates and recruiting technology.

According to the results of the WorldSkills Kazan 2019 Volunteer Campaign, more than 15,000 applications were received from the representatives of 90 countries. The campaign lasted 437 days. Volunteers from CIS countries (Kazakhstan, Uzbekistan, Kirgizia, Belarus, Ukraine), India, China, United Arab Emirates, Germany were among the most active foreign volunteers. Moreover, volunteers from Australia, Brazil, Argentina, USA, Republic of South Africa and Seychelles Islands would like to take part in the event.

In total, 3,500 volunteers are expected to be involved in the Competition.

The application period for volunteers of the Competition started on 20 October 2017 in Sochi at the World Festival of Youth and Students. Volunteer movement representatives from 85 Russian regions attended the ceremony. According to the results of the open All-Russian Competition for the right to become a volunteer recruiting centre, 15 centers in charge of Russian volunteers’ recruitment, selection and training were chosen. 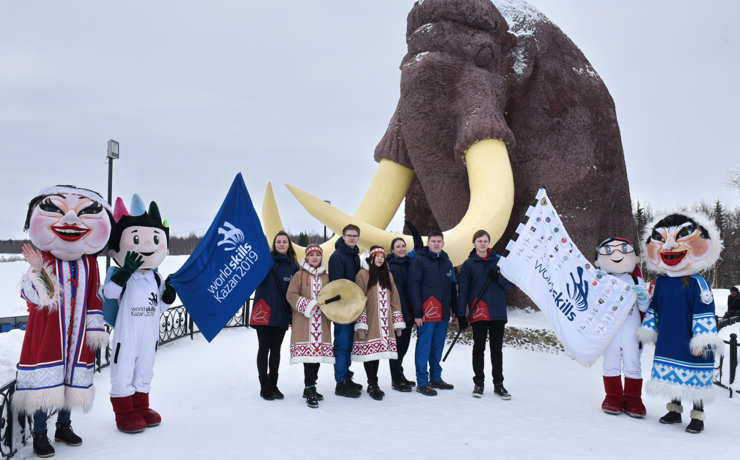