Celebrations in honour of the WorldSkills flag take place in Kazan 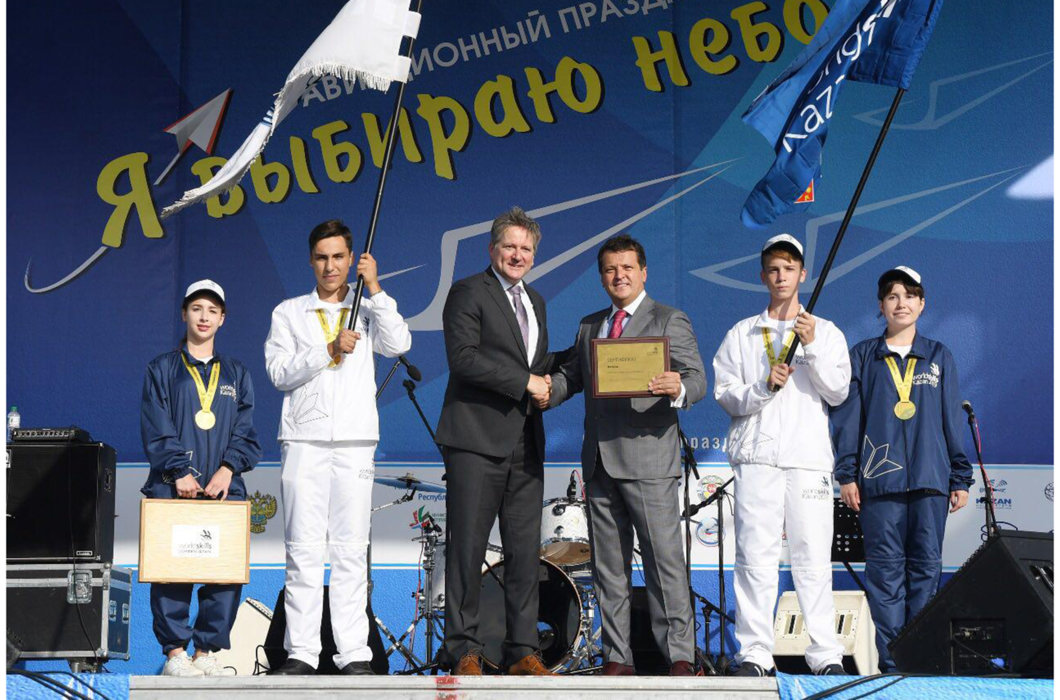 Celebrations honouring the WorldSkills flag took place today at Kazan Family Centre in the capital of Tatarstan, the final destination of the Tatarstan leg of the Flag Relay.

The WorldSkills and WorldSkills Kazan 2019 flags were then handed over to distinguished guests, the Mayor of Kazan Ilsur Metshin amongst them, who gave a welcome speech.

“We are witnessing a milestone event. After almost two years of the Relay, the flag has reached Kazan! The capital of Tatarstan has played host to numerous world-level tournaments. We are sure that this Competition will be of the highest level as well, and both Competitors and guests will have best memories of this unique event. I believe that the WorldSkills Competition will encourage many young people to bring their expertise to a new level and turn their hobby into a profession. I invite everyone to join this celebration of excellence,” said Ilsur Metshin.

The flag relay started in 2017 when the WorldSkills flag was handed over to Kazan during the Closing Ceremony of WorldSkills Abu Dhabi 2017. After that, the flag arrived in Sochi, Russia, where the Flag Relay officially started. In December 2017, the flag was launched into space and kept on board of the International Space Station for more than two months and was back to Earth in late February 2018. Since the start of the international leg of the Relay in Madrid, Spain, the flag has travelled across 20 countries that had previously hosted WorldSkills Competitions. In each country, the logos of the competitions that took place there were added on the flag.

The Russian leg of the WorldSkills Flag Relay started in August 2018 at the Final of the 6th National Competition “Young Professionals” (WorldSkills Russia) in Yuzhno-Sakhalinsk. It took place on the sidelines of the regional skills competitions after the flag having travelled across 24 regions of the Russian Federation.

During the Closing Ceremony of the 7th “Young Professionals” (WorldSkills Russia) National Competition, held in Kazan on 20-24 May 2019, the President of the Republic of Tatarstan Rustam Minnikhanov and the Minister of Education of the Russian Federation Olga Vasilyeva announced the start of the Tatarstan leg of the WorldSkills Flag Relay. During this leg, the flag visited 43 municipal districts and two cities of the Republic of Tatarstan.

To mark the arrival of the flag in Kazan, the coat of arms of Kazan was added to the flag to coordinate the rest 45th WorldSkills Competition to mark the completion of the Tatarstan leg of the Relay. 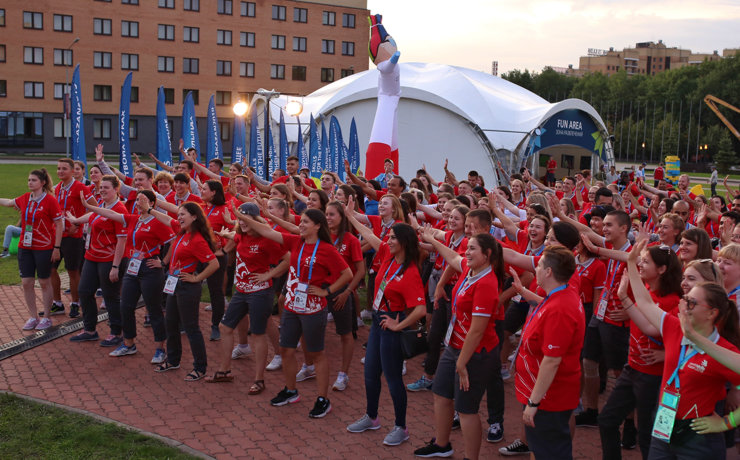 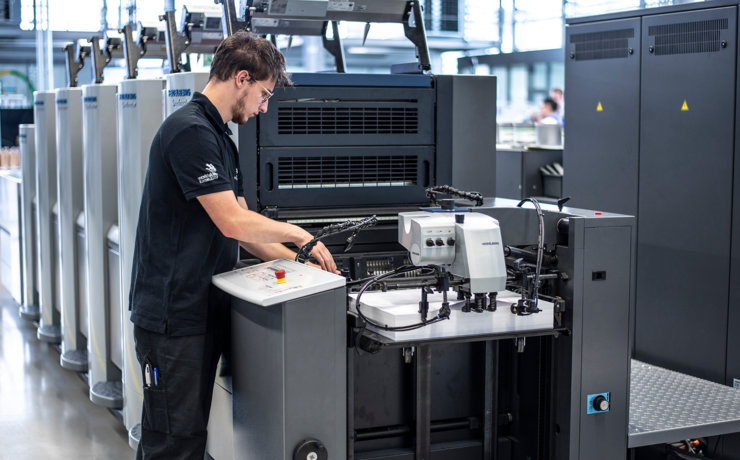