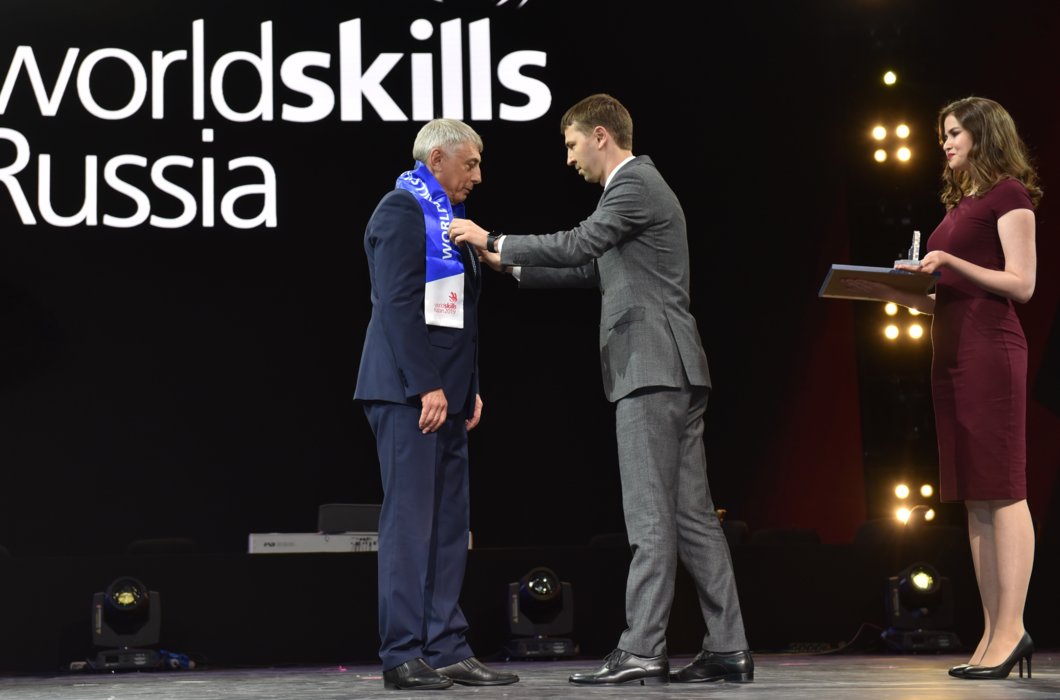 The new WorldSkills Kazan 2019 Ambassador was announced as part of the closing ceremony “Skills of the Wise” during the final of the 7th National Comeptition “Young Professionals” which took place on 20-24 May at the Kazan Expo International Exhibition Centre. His name is Vladimir Melnik, who is a Russian miner, Hero of Labour of the Russian Federation, State Duma Member, and member of Labour, Social Policy and Veterans Affairs Committee.

“I am so glad that I have joined the team having an important mission – to promote skills in our country. I am happy to be part of this ceremony. People who keep developing their skills and can transmit them to the younger generation have gathered here. Thanks for your efforts, enthusiasm, devotion to your profession, and desire to learn new things”, noted Vladimir Melnik. He was handed an Ambassador’s branded scarf by the WorldSkills Kazan 2019 Project Executive Emil Gubaydullin. 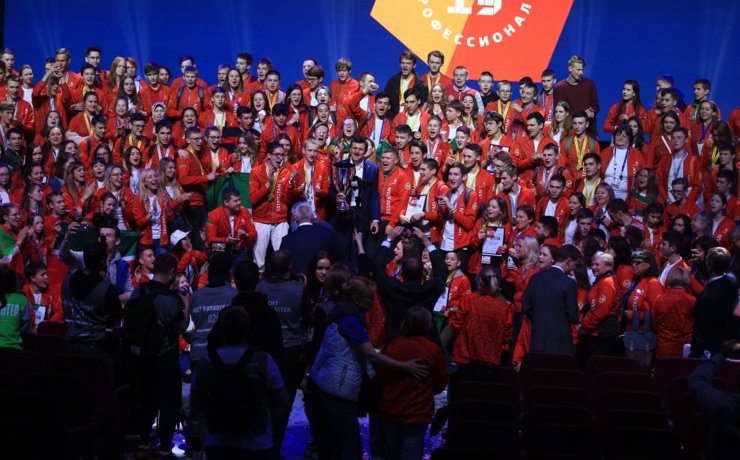 WorldSkills Kazan 2019 volunteers tested their abilities at the final of the 7th National Competition “Young Professionals” 24.05.2019, 11:57