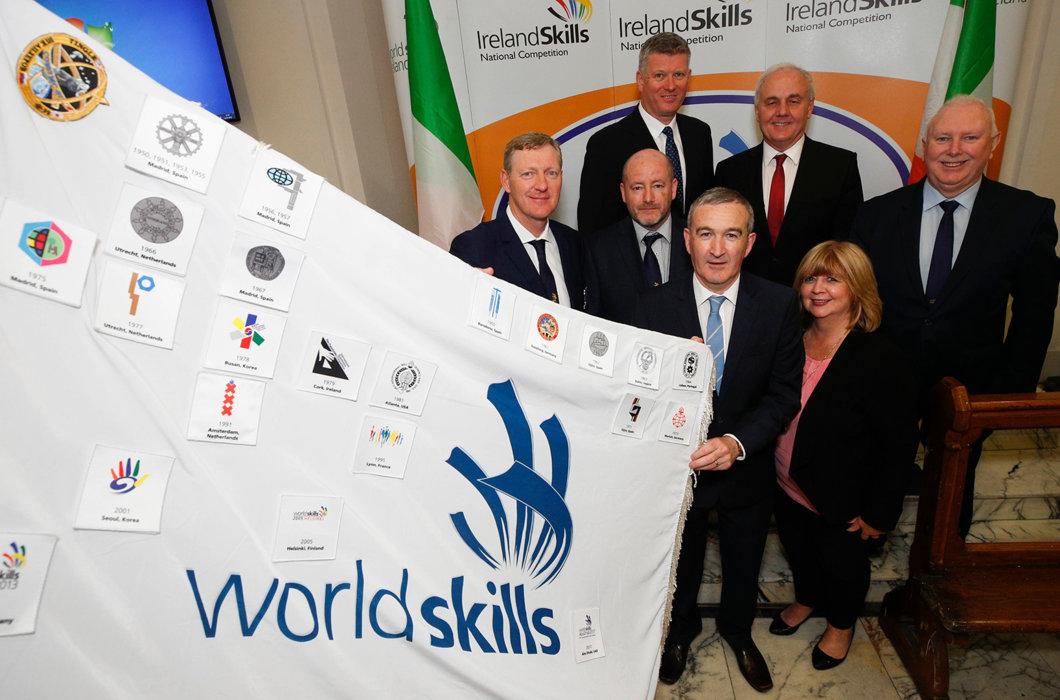 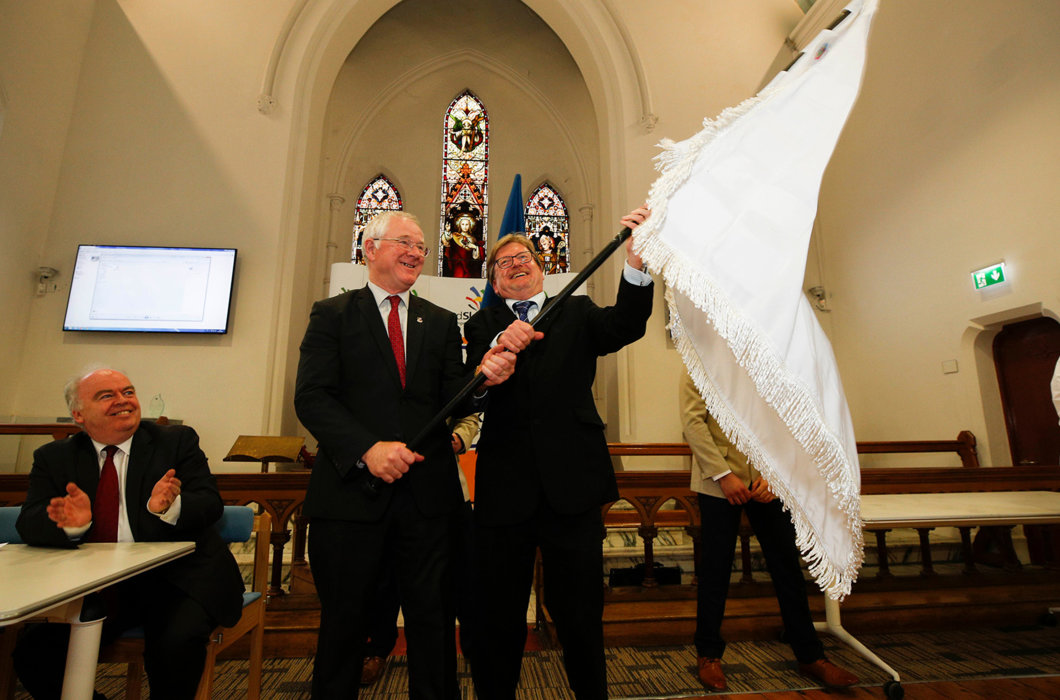 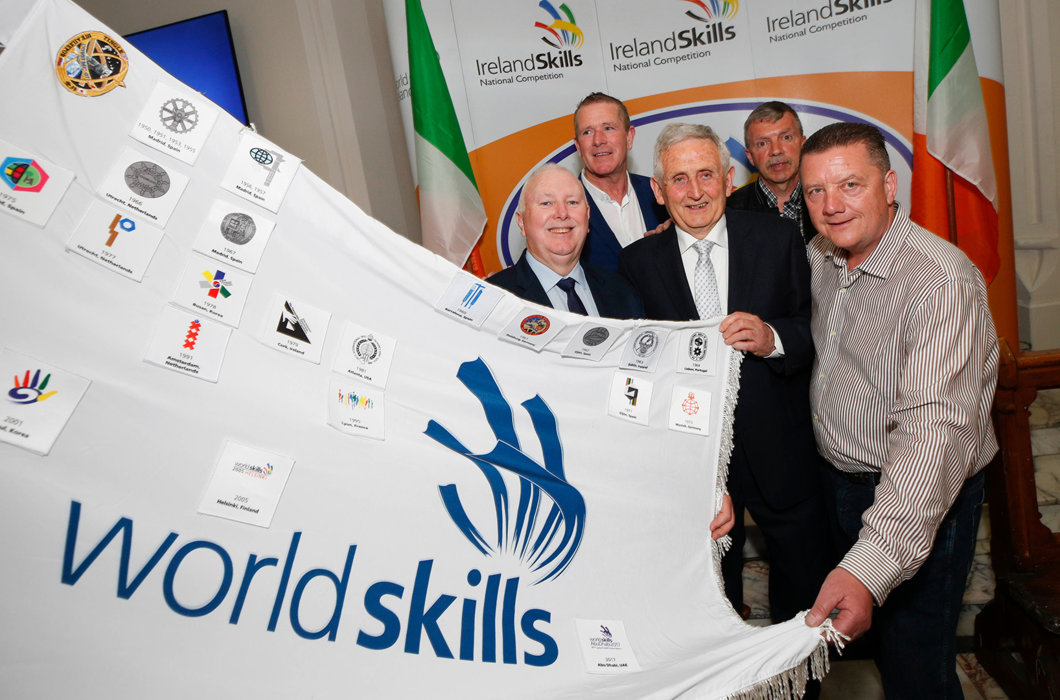 On May 21, the WorldSkills Flag Relay has reached Dublin in Ireland. The flag welcome event took place on the sidelines of the Worldskills Ireland National Cloud Computing Competition.

The international leg of the WorldSkills Flag Relay started on March 12 in Madrid, Spain, where skills competitions began in 1950. The event in Paris at the National finals preparation seminar was the 9th stop of the international section of the flag relay. There was also a presentation of the next global skills competition, WorldSkills Kazan 2019, which will be held in Russia in August next year. The WorldSkills Competition brings together the very best young talent in vocational skills and trades, to compete to be world champions in more than 50 different skills.

The Flag Relay started last year when the WorldSkills Flag was handed to Kazan, the next WorldSkills host city, on 20 October during the Closing Ceremony of WorldSkills Abu Dhabi 2017. The flag arrived in Sochi, Russia the next day. It was then launched into space and kept on board the International Space Station for more than two months, before returning at the end of February. Since March 12 the WorldSkills flag has been travelling around the world, as it continues its journey across the 20 countries that have hosted the WorldSkills Competition previously.

After the international phase of the relay is complete the flag will travel across Russia, and the Republic of Tatarstan before being delivered to Kazan during the Opening Ceremony of WorldSkills Kazan 2019. 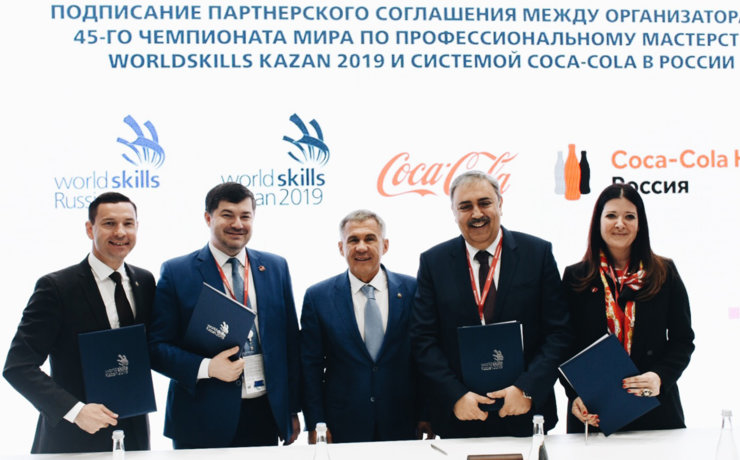 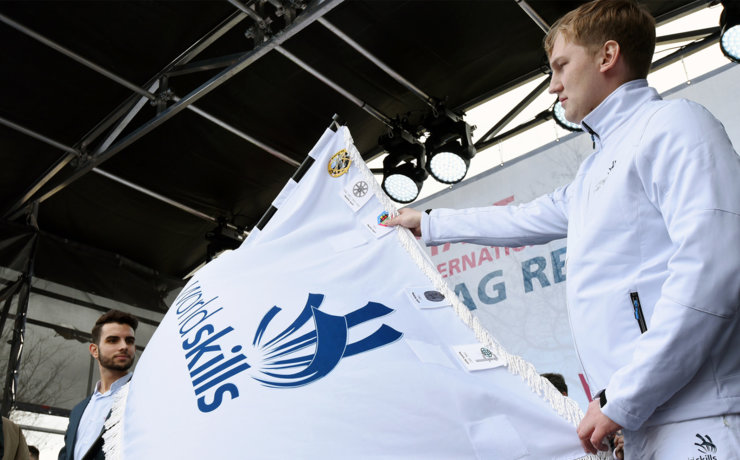