WorldSkills Flag handed over to Russia 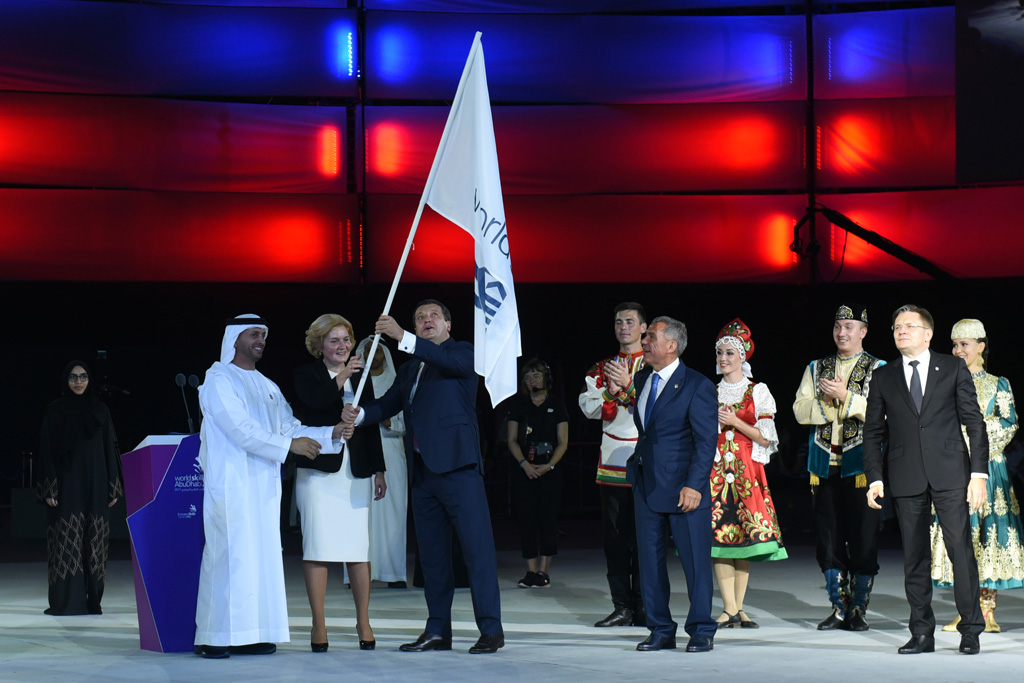 The ceremony took place on the stage of du Arena, a large open-air venue located next to the world-famous Ferrari Park. Winners of WorldSkills Abu Dhabi 2017 (WSAD2017) were awarded here as well.

After a spectacular dance show at the end of the ceremony, the WSAD2017 Organising Committee represented by His Excellency Mubarak Saeed Al Shamsi, Director General of ACTVET, and President of WorldSkills2017 OC, Ali Al Marzouqi, handed over the WorldSkills Flag to representatives of WorldSkills Kazan 2019 OC.

“Today, Abu Dhabi passes relay to the Russian city of Kazan. Russia fully supports the WorldSkills movement. We guarantee that the next Competition will be transparent, fair and without discrimination. All we have the opportunity to compete at the highest level and to experience real Russian hospitality and a fascinating cultural programme. Together we will inspire a generation, developing quality of labor and quality of life for all. Welcome to Russia! Welcome to Kazan! ” Olga Golodets said.

After the Closing Ceremony, one of the competitors of the 2017 WorldSkills Competition, who has been entrusted with the role of the WorldSkills Flag Keeper, will deliver it to Russian city of Sochi.

An official welcome event for the WorldSkills Flag will be organised at the Sochi airport on 20 October, and later, on 21 October, during the celebrations dedicated to the Flag's arrival in Russia, the WorldSkills Flag Relay project will be launched at the Olympic Park's Medals Plaza as part of the 19th World Festival of Youth and Students.

The next leg of the Relay will see the WorldSkills Flag travel to the International Space Station and return to Earth on 27 February 2018.

After the international leg, the WorldSkills Flag Relay will continue to make its way through 85 regions of the Russian Federation, as well as 43 municipal districts and 2 city districts of the Republic of Tatarstan. At the end of its journey, the WorldSkills Flag will be delivered to Kazan for the Opening Ceremony of WorldSkills Kazan 2019. Detailed information about the 45th WorldSkills Competition can be found on the official Kazan 2019 website that was launched just before the start of WorldSkills Abu Dhabi 2017 and is available now at https://worldskills2019.com/ and worldskillskazan2019.com. 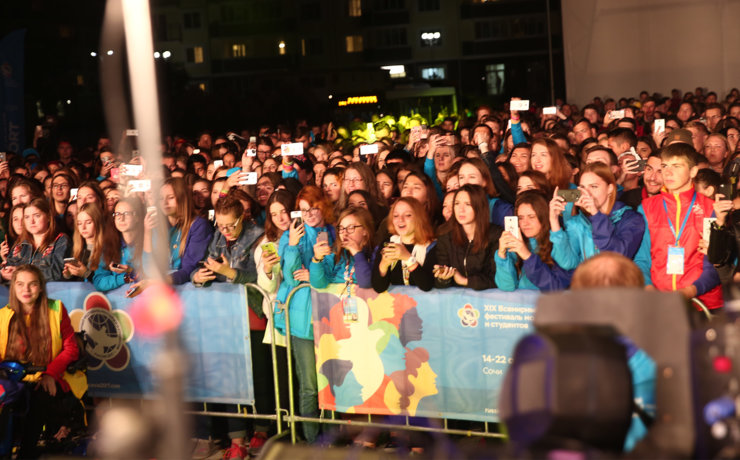 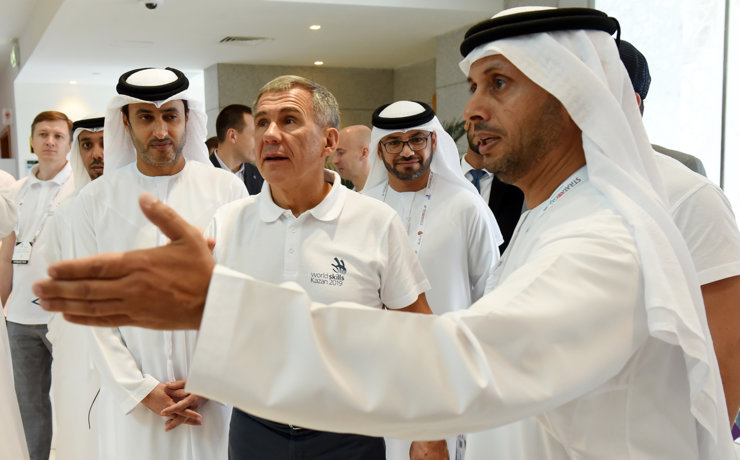 Tatarstan President: The WorldSkills Competition is like the Olympic Games; I'm confident that the prestige of vocational skills will increase 18.10.2017, 16:41