Festo Didactic at WorldSkills Kazan 2019: Skilled young people are the backbone of each national economy 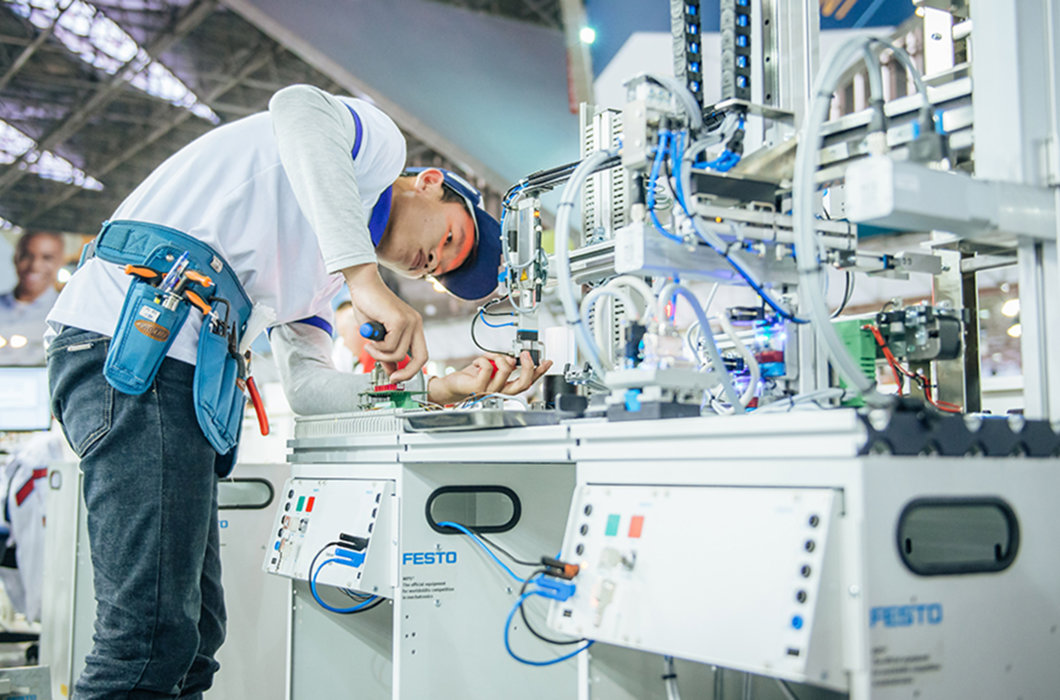 Festo will be taking part in the 45th WorldSkills Competition in Kazan, Russia, which will take place from 22 to 27 August. Whether as a Global Industry Partner, technical equipment supplier, exhibitor, competitor, or promoter of the dual system for vocational training, Festo’s multiple engagements with WorldSkills are rooted in a sole global objective ⎼ to further promote the quality of vocational training through innovations in education.

With almost 1,400 participants from 63 countries and regions competing for the title in 56 professional disciplines, the WorldSkills Kazan is the largest world championship of vocational skills to date. As a Global Industry Partner of WorldSkills International, Festo Didactic has been supporting the organization since 1991 in its efforts to continually improve the quality of technical education.

“Competency-based education is the backbone of economic well-being around the world,” says Dr Nader Imani, Head of Global Education Projects at Festo Didactic. “WorldSkills has set itself the goal of changing the world for the better by strengthening professional skills. As one of the world’s leading providers of technical education and training, we have been supporting them for almost 30 years.”

The partnership began at the 31st WorldSkills Competition held in Amsterdam in 1991. Since then, Festo Didactic has been equipping the Mechatronics competition with the MPS learning system, where the Modular Production System serves as a ‘sports device’ for mechatronics engineers.

The learning system maps everything that constitutes automated production worldwide: the integration of mechanics, electrical engineering and information technology into mechatronics. “It is important for us to innovate in education so that people acquire the skills that are required in industries and that secure their personal development for their professional future,” explains Dr Imani.

Festo Didactic was instrumental in setting up Water Technology as a new skill in the WorldSkills competitions and is the main sponsor of this skill competition in Kazan. Eleven teams will work with the modular EDS® Water Management Learning System, which simulates the core processes of a water and wastewater treatment plant. “Water is already a scarce commodity in many parts of the world and this problem will become even more acute,” asserts Dr Imani. “Therefore, the need for well-trained water technologists is increasing as they ensure that sufficient drinking water is available and that the wastewater is properly purified and reused.”

Festo Didactic has also assumed central responsibility for the Industry 4.0 skill, in the Future Skills Zone of WorldSkills Kazan 2019. This competition focuses on the challenges associated with the digitization of industrial production. Various learning systems especially developed by Festo Didactic for qualification in Industry 4.0 are used to solve practical tasks.

Festo Didactic is also demonstrating its competency as a leading provider of technical education outside the competitions. It will be presenting innovative learning systems, both virtual and hands-on, at its booth in Kazan Expo. At the WorldSkills Conference, which takes place simultaneously with the Competition, a high-calibre audience will exchange views on the session “Skills for Change: Building Blocks for Impact”. Enrico Rühle, member of the Festo Didactic Management Board, and Dr Nader Imani will speak on the subject of sustainability.

In addition to the extensive participation of Festo Didactic as sponsor and partner of WorldSkills, Festo is also proud to provide a competitor this year. Felix Alt and Jan Kintzi, trainees at Festo AG & Co. KG, have been selected as winners in several German nation-wide WorldSkills selection competitions and will compete for the German team in the Mechatronics skill.

“It is a great honour for us to represent Germany in Kazan. We also want to show how good the German training system is and what can be achieved with it,” emphasize the two Mechatronics trainees. “We are very proud that our trainees have been able to qualify for the WorldSkills,” adds Stefan Dietl, Head of Vocational Education at Festo, with national and international responsibility. This achievement underlines that Festo is not only the leading driving force in technical education for universities, schools, and industry, but also trains its own apprentices at the highest level.

Beyond Germany, Festo trains its own apprentices in China, USA, India, Hungary, and Switzerland as well.

Festo Didactic SE is a leading provider of technical training and education and is part of the Festo Group, a global player in automation technology. With its products and services, the company focuses on smart production for the future, including artificial intelligence and machine learning. Festo Didactic offers state-of-the-art qualification solutions for industrial companies and educational institutions all over the world. The portfolio covers the entire range of equipment for efficient learning, from simulation software, eLearning and modular learning systems to fully equipped training centres for a wide variety of technology fields. These include industrial automation topics such as factory automation and Industry 4.0, industrial maintenance, fluid power, robotics, digital eLearning, energy efficiency and renewable energies, electrical engineering and electronics, CNC, STEM and building systems. With Training and Consulting, Festo Didactic offers seminars and qualification programmes for various job roles in the fields of people, technology, and organization, as well as consulting services for industrial companies. Founded in 1925 as an independent family business with headquarters in Esslingen a.N., the Festo Group generated sales of around 3.2 billion euros in the 2018 financial year and is represented at 250 locations in 61 countries throughout the world with a total of around 21,000 employees. 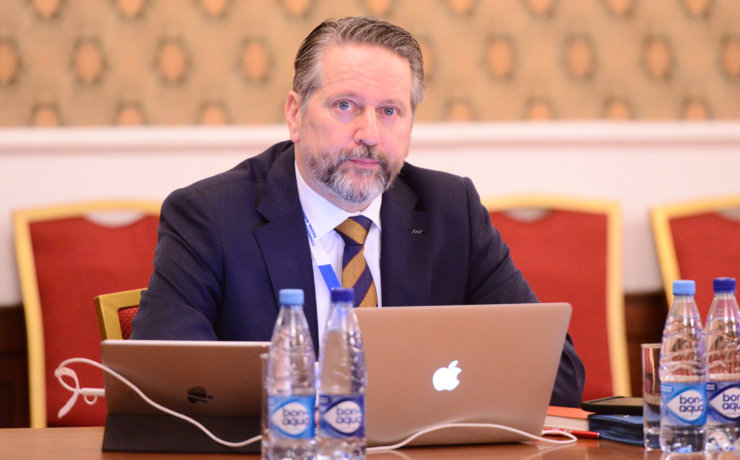 Jos de Goey: “I would like for WorldSkills to contribute to climate action through youth skilling and involvement” 15.08.2019, 06:54 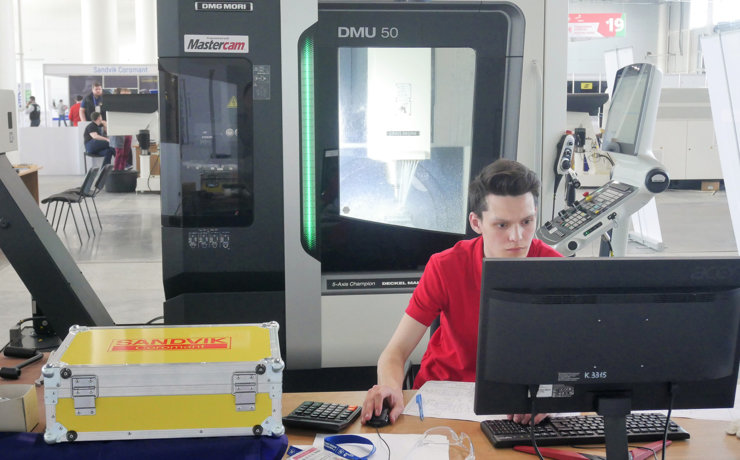